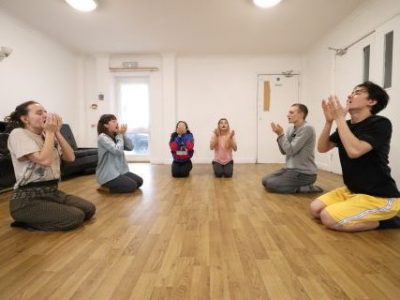 Our brilliant client, Ivy Lamont, performs in a one-off show, Moon Sweats, on 30th January at The Place. Moon Sweats will show you why the recent Hong Kong protests are so significant using real accounts, political satire, drag, and outstanding physical theatre. A show truly not to be missed.

Hong Kong is burning. Once a safe city, now a war zone. Who is to blame? Using real accounts, political satire, drag, and physical theatre, Moon Sweats will show you why the recent protests are so significant.

Ivy Lamont, performed in this one-off show, Moon Sweats, on 30th January at The Place. The production was forged from a collaboration of people with people of different political leanings.

Contingency Theatre brings outstanding physical theatre into the mainstream. After finishing a UK tour, our last show GEORGE tackled mental illness and was nominated for the South East Dance Award.